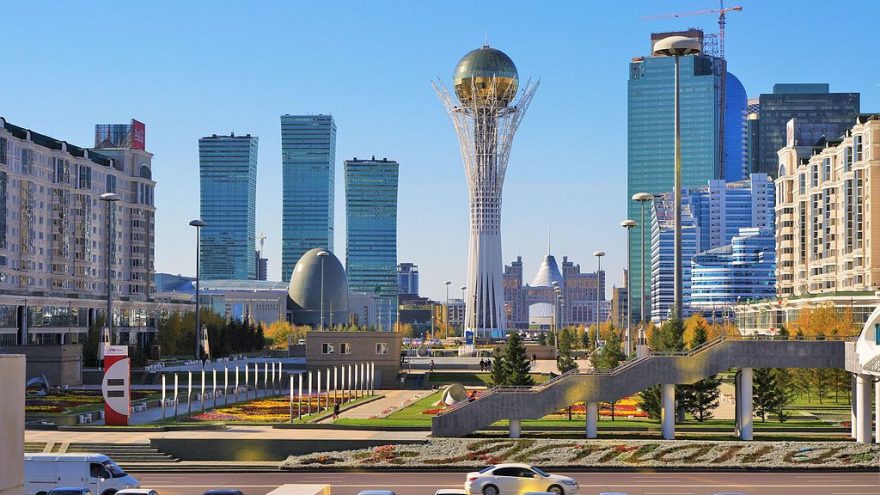 Scenes of unrest from the former Soviet republic of Kazakhstan dominated world news this week. Violent clashes in the capital city of Almaty erupted this week over a rise in fuel prices. The Kazakh government faced backlash also from protestors dissatisfied with the continued influence of former Communist President Nursultan Nazarbayev, who has retained clout through his position as chair of the national security council.

Media images and videos emerging from the sites of protest in Almaty and other cities across Kazakhstan show government troops firing on protestors. ABC News reported the deaths of 18 police and security personnel and another 748 injured, according to Kazakhstan’s interior ministry. The article sites further images of widespread looting and burnt-out vehicles in the capital.

Despite President Kassym-Jomart Tokayev’s removal of Nazarbayev from his position as national security council chair and reversal of fuel prices, violence continued through much of the week, leading the Kazakh leader to call on President Putin for help. The Kremlin-led Collective Security Treaty Organization sent a “peacekeeping” mission to Kazakhstan in response, with the intent to protect “important state and military facilities, assistance to the law enforcement forces of the Republic of Kazakhstan in stabilizing the situation and returning it to the legal field.”

It’s here that some speculate Putin toes a fine line in bailing out a fellow authoritarian leader once again. Yaroslav Trofimov reminds readers in his piece for the Wall Street Journal that Putin’s intervention in Kazakhstan is not the first time that the Russian leader has projected power into former Soviet republics for the sake of “restoring order.” While Putin’s intents may prove less nefarious in Kazakhstan, his 2014 engagement in Ukraine stoked an intense wave of nationalism and anti-Russian sentiment among Ukrainians. Putin also intervened in Belarus in 2020, bolstering the Belarusian government when widespread protests were underway.

ABC News’ coverage of the most recent “peacekeeping” mission in Kazakhstan suggests an “inflammatory scenario the Kremlin likely wants to avoid,” should Russian troops fire upon Kazakh civilians. Violence and unrest in the oil-producing nation of Kazakhstan no doubt pose a threat to Russia’s interests, but Putin likely remains aware of his need to tread carefully to diffuse a volatile geopolitical situation.