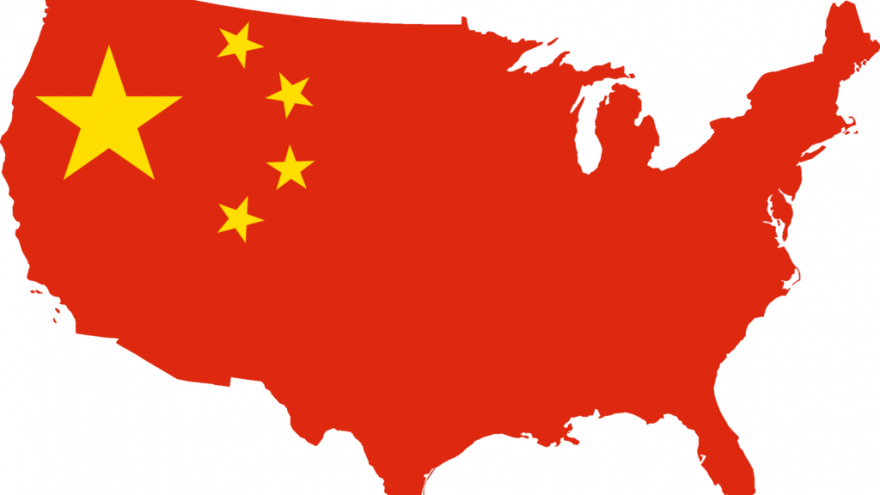 Sports aside, the 2022 Winter Olympics in Beijing have served as a harsh reminder for America: Censorship is very, very real in the Far East. Today’s Olympic athletes are effectively muzzled, with the Chinese Communist Party (CCP) threatening “certain punishment” against those criticizing the CCP.

But, rather than being grateful for America’s many freedoms, left-wing Americans are turning China into a blueprint. We are out-China’ing the CCP, and in the worst ways possible.

For years, the Chinese government has been rolling out a “social credit” system, monitoring the behavior of its population and punishing those deemed untrustworthy. First announced in 2014, the moral ranking program targets Chinese citizens who post on social media, waste money on expensive purchases, or buy too many video games. That’s right: People who spend too much time playing games are subject to government rebuke, ranging from downgraded internet connections to travel bans.

Oh, but that could never happen in America, right? Wrong. In the United States, Uber has long prohibited low-rated riders from accessing the app. Airbnb similarly pauses and suspends listers for failing to “meet basic requirements,” such as overall rating or response rate.

What is YouTube’s censorship of conservatives and libertarians if not a corporate assessment of “social credit”? What is Spotify’s restriction of Joe Rogan’s speech if not a clear statement that some speech is “good” and other speech is “bad”? From New York to Silicon Valley, liberal elites regularly seek to determine who is “right” (e.g. who agrees with them) and who is “wrong” (e.g. who disagrees, and deserves to be silenced).

Belong to the regressive Left’s in-group, and your social credit will skyrocket. Question or reject that group, and your moral ranking plummets—even if you’re a classical liberal simply searching for truth. Rogan is anything but a Trump Republican (he’s a self-proclaimed liberal), yet the Left is determined to cancel him for voicing concerns about COVID-19 orthodoxy.

By daring to challenge mask and vaccine mandates, you must be a far-right imbecile with no place in modern society. Shun him! Shun her!

Conservatives and libertarians are right to call out “cancel culture,” but they’re often too narrow in the scope of their critiques. Censorship is one of the language police’s weapons, but it is only the tip of the iceberg.

Like China, the American Left has been rolling out its own “social credit” system for years now, weaponizing terms like “misinformation” and “disinformation” to distinguish themselves from the alleged social outcasts. While their moral ranking program is not official government policy (yet), we are trending in that direction. President Biden himself called on news outlets and social media companies to “deal with the misinformation and disinformation” related to COVID-19. On a regular basis, the Biden administration brands unvaccinated Americans as “dangerous.” Pandemic-related discourse has devolved into a Colonial tar-and-feather spectacle, with the in-group scapegoating others as “less than.”

This is a moral abomination. It is antithetical to American freedom, and we cannot allow such a regressive ideology to stand. Now is the time for good-faith Americans to join together and push back against those out-China’ing the Chinese government.

No one—certainly not Joe Biden—has the right to dictate what we can and cannot say. That is your individual right alone. That is my freedom alone. And no entity—whether it’s Airbnb or YouTube—should be in the business of judging social credit for themselves. That is as un-American as it is bad for business.

The Winter Olympics may be winding down, but the Left’s push to reshape America certainly isn’t. Our current crisis is only getting worse. And there will be many more casualties—unless we come together and stop it.

Start in 2022, by voting the radical leftists out.

One thought on “On Free Speech, America Is Out-China’ing China”