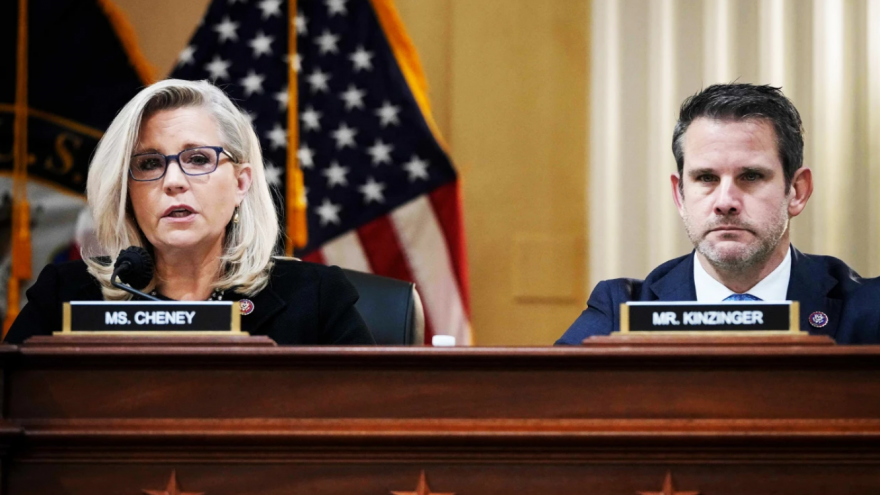 The Republican National Committee voted to formally censure Liz Cheney (R-WY) and Adam Kinzinger (R-IL) at its winter meeting. The measure passed overwhelmingly with few objections voiced. It states the committee will “immediately cease any and all support of them as members of the Republican Party for their behavior, which has been destructive to the institution of the U.S. House of Representatives, the Republican Party and our republic, and is inconsistent with the position of the conference.”

The resolution also describes the two as “participating in a Democrat-led persecution of ordinary citizens engaged in legitimate political discourse” in their roles on the House committee investigating Jan. 6.

RNC chairwoman Ronna McDaniel said Cheney and Kinzinger “chose to join Nancy Pelosi in a Democrat-led persecution of ordinary citizens who engaged in legitimate political discourse that had nothing to do with violence at the Capitol.”

Paul Farrow, chairman of the Wisconsin GOP, criticized the expansive nature of the House committee’s investigation. “It almost seems like a fishing expedition where people are just trying to find something to hang on someone,” he said. “That’s not what we’re supposed to be doing. Our intent, as we look at it, is to hold our elected officials accountable, to make sure that they’re doing their best to keep the country moving forward. They’re not doing that right now.”

Kinzinger already decided to retire at the end of his current term while Cheyney faces a primary challenger.