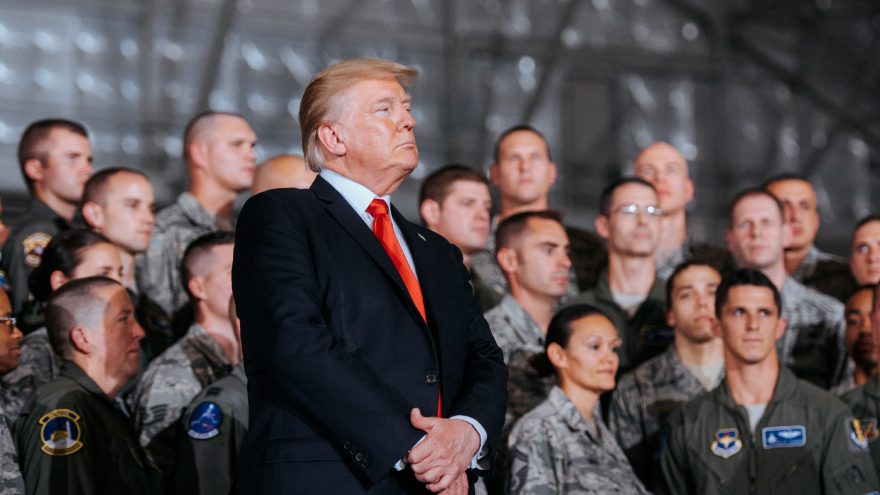 “They have the declassification order,” Trump said of the Justice Department. “And they should declassify, absolutely, especially in light of what has just happened and what has just been revealed.”

Trump was referring to Durham’s Feb. 11 court filing in which he alleged “Tech Executive-1” and his associates, including a lawyer for Hillary Clinton’s presidential campaign, “exploited” internet traffic pertaining to a “particular healthcare provider,” Trump Tower, Trump’s Central Park West apartment building, and the Executive Office of the President of the United States in order to “establish ‘an inference’ and ‘narrative’” to then bring to federal government agencies tying Trump to Russia

In 2019, after the completion of former Special Counsel Robert Mueller’s investigation, then-Attorney General Bill Barr was instructed to begin a declassification process of records related to surveillance of the Trump campaign in 2016.

Trump’s comments come after Republican Sens. Chuck Grassley and Ron Johnson on Tuesday wrote a letter to Attorney General Merrick Garland, saying he has “failed” to follow Trump’s order to declassify all records related to the FBI’s original Trump-Russia probe. The senators demanded that Garland “produce those records to Congress and the American people without improper redactions.”

“When the Department is able to (1) identify with certainty the records subject to the declassification directive; (2) confirm the records are not those that have already been reviewed by our staff; and (3) agree that no improper redactions will be placed on those records, our staff stand ready to review in camera prior to production to Congress,” they wrote. “Absent those conditions, our staff should not have to spend potentially multiple days and countless hours in the Department’s classified facility only to play a guessing game with the Department about what document may or may not be covered by the declassification directive and potentially review records that have already been produced to Congress.”

“We request a detailed response with respect to those questions and a commitment to the aforementioned conditions no later than March 1, 2022,” they wrote.

It is unclear how many records could be left to be declassified and produced to Congress.