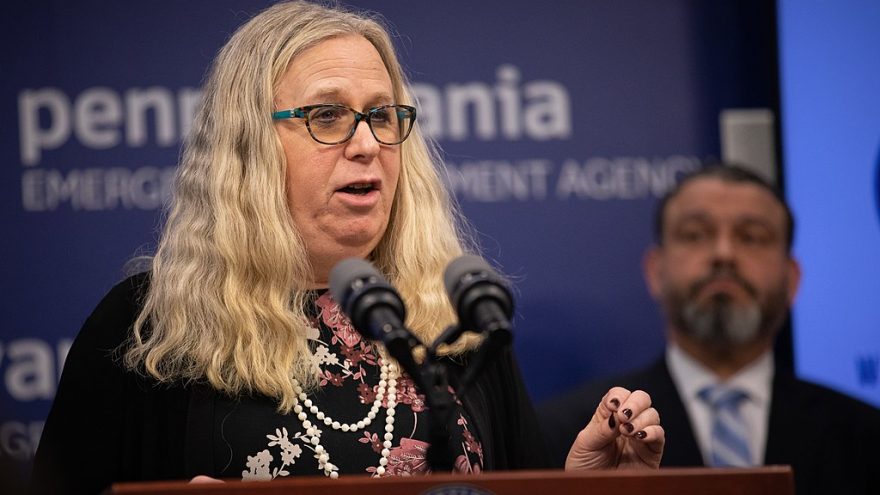 In its annual continuation of a 2020 project intended to recognize the 100th anniversary of women’s right to vote, USA Today last week released its newest “Women of the Year” list. Among those honored include Vice President Kamala Harris and philanthropist and activist Melinda French Gates. Aside from the painstakingly obvious progressive choices in USA Today’s list, one pick in particular has drawn attention. Biological male Rachel Levine stands also as one of the news outlet’s “women across the country who have made a significant impact.”

Admiral Rachel Levine, who presents himself as a female, currently serves as U.S. assistant secretary for health for the U.S. Department of Health and Human Service. He received recognition last year as the first openly transgender person to be confirmed by the Senate for federal office. The media also hailed his appointment to the U.S. Public Health Service Commissioned Corps as the “organization’s first female four-star general.”

USA Today selected Levine for his leadership in the field of health and human services over the course of the pandemic. In his interview with the news outlet, Levine stated his definition of courage is “to be true to yourself, be true to who you are and then to pay that forward, to work towards the common good.” He also hailed diversity as an important part of our culture and said, “we really need to welcome diversity and actually celebrate diversity for what it brings to us as a nation and what it brings to us globally.”

However, while celebration of diversity extends to sexual orientation and identities, it seems to necessarily exclude diversity of thought when it comes to acknowledgement of biology. Republican Representative Jim Banks received censure by Twitter last year when he tweeted simply, “The title of first female four-star officer gets taken by a man.”

Twitter likewise flagged Texas Attorney General Ken Paxton’s tweet as “hateful conduct,” after he pointed out that “Rachel Levine is a man.” In response to Twitter’s label on his post, Paxton released a statement on “Big Tech censorship,” reminding followers that he had stated “an irrefutable fact.” He took opportunity also to iterate also the “left’s war against human biology” and their “weaponization of Big Tech against conservative voices.”

Paxton’s “hateful” post is onto something, however. Naming a biological male as a “woman of the year” represents a denial of reality, not a celebration of diversity or achievement.