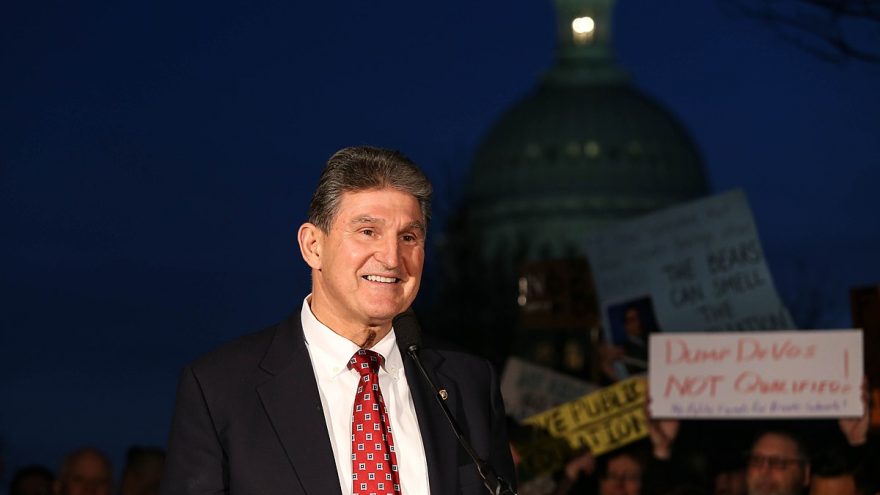 The tax plan would apply only to those who don’t pay at least 20% in tax on a combination of income as typically defined and their unrealized gains on unsold assets such as stocks and closely held businesses. (per The Wall Street Journal)

According to a White House fact sheet, the proposal would affect roughly 200,000 households and would generate roughly $360 billion in revenue over 10 years.

“You can’t tax something that’s not earned. Earned income is what we’re based on,” Manchin told The Hill. “There’s other ways to do it. Everybody has to pay their fair share.”

“Everybody has to pay their fair share, that’s for sure. But unrealized gains is not the way to do it, as far as I’m concerned,” he added.

“It’s essentially taxing people before they actually get the income, and that seems like a really dangerous precedent in tax law because if you have a gain one year and then a huge loss the next year, how’s the government going to pay people back for their losses?” he said.

“We’ve always had a principle in our tax policy that a gain has to be actually realized, income has to be received before it can be taxed, and this completely undermines that principle,” he added. “It’s a wealth tax basically, but I think it’s a dangerous precedent.” (per The Hill)

The proposal could be restructured to avoid taxing unrealized gains, however, it would pose the challenge of trying to make up the lost revenues.