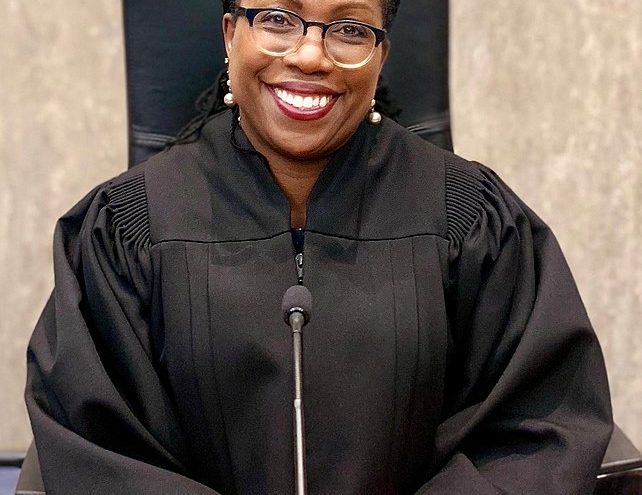 In a vote of 53-47, the Senate confirmed Ketanji Brown Jackson as justice to the Supreme Court. Fulfilling his campaign promise to nominate the first black woman to the Supreme Court, Biden celebrated her win at the White House on Friday, hailing her pending accession as an opportunity for “real change.”

Many laud Judge Jackson’s confirmation as a pivotal moment in American history because of her race and gender. However, few can forget Jackson’s refusal to offer a definition for the word “woman,” proving that celebration of her confirmation remains subject to the convenience of political objectives and agendas. Given the implications of the ongoing and controversial transgender debate on law in the United States, the question seemed fair and was posed by Senator Marsha Blackburn of Tennessee. Jackson chose to evade the question and responded with a head scratching, “I can’t. I’m not a biologist.” Her statement suggests she likely cannot celebrate her own ascension to Supreme Court as the “first black woman” if she “can’t” define half of her identifiers.

Another worrisome takeaway that emerged from Judge Jackson’s hearings concerns her pro-abortion position. The Daily Wire provided coverage of a pro-life counselor who, during Jackson’s confirmation hearings, shared of her work as a sidewalk counselor outside abortion clinics and provided moving accounts of the many pregnant women she helped. While Eleanor McCullen sought to inform women of alternatives to abortion and support them through their pregnancies, Judge Jackson’s prior work as a private attorney served to thwart the life-giving help of counselors like McCullen. Jackson notably wrote an amicus brief in support of a Massachusetts “buffer zone” law that prohibits pro-life advocates from coming within a certain distance of abortion clinics. The law was later struck down by the Supreme Court as a violation of First Amendment rights.

Key takeaways include not only Jackson’s gender confusion and pro-abortion stance, but also an alarming history of lenient sentences issued in child pornography cases. In its analysis of Jackson’s record, the Heritage Foundation noted Jackson’s sentences “in all three categories of child-pornography crimes were significantly more lenient than other federal judges.” Regarding sentencing for production of child pornography, her sentences were 35% below the national average. Jackson’s sentences for possession were 57% below the national average and 47% below for distribution. Additionally, Judge Jackson “sentenced below what the guidelines recommended in every case in every category.”

For those who place value on a biological understanding of gender, the lives of the pre-born, and the violation and victimization of the most vulnerable, Judge Jackson Brown’s confirmation is no cause for celebration…. regardless of any “firsts” her confirmation may represent.