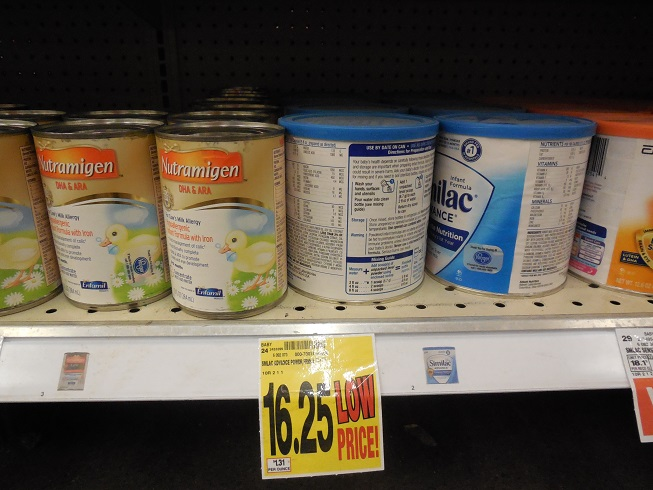 Critics are hailing the Biden administration’s lackluster response to the baby formula shortage as further evidence of the President’s “America Last” agenda. If it wasn’t enough that Americans here at home face record high inflation and climbing gas prices, the President proved yet again this week that he cares little about the very real challenges facing everyday Americans and more about the plight of foreigners. In addition to funneling billions of taxpayer dollars overseas, a Florida lawmaker exposed yet more proof of Biden’s prioritization of illegal immigrants this week.

In a post on her facebook page and twitter account, Congresswoman Kat Cammack shared two photos. The first photo comes from the Ursula Processing Center at the U.S. border, showing shelves and pallets full of baby formula, reserved for illegal immigrants. The second photo shows shelves nearly emptied of needed baby formula in an American grocery store. The Florida lawmaker shared how border patrol agents told her of a tractor-trailer full of pallets of baby formula just sitting in a storeroom. Cammack described the two side-by-side photos as an example of “America Last,” referring to the Biden administration as “one massive dumpster fire” with “no plan, no contingencies, no way to backfill 43% of our nation’s baby formula supply.”

According to CBS News, the average cost of the most popular baby formula has increased up to 18% in the last twelve months, and more than 50% of formula was out of stock in six states as of late April. Senator Tom Cotton called the shortage “a national crisis,” noting that it is “hitting poor moms and kids the hardest.” He and others called on the Biden administration to take the shortage seriously.

As parents continue to scramble to find any available formula on local shelves, the White House finally addressed the worsening shortage this week. White House Press Secretary Jen Psaki opened yesterday’s press briefing with remarks on the crisis, citing “work that’s been underway for months” to ensure safe and available infant formula to families across the nation. Psaki identified the President’s efforts to pressure manufacturers to increase production and referenced “steps” to cut through red tape in order to expedite formula to store shelves.

Surely, if the Biden administration supply illegal immigrants at the border with formula, we can provide for American families here at home.