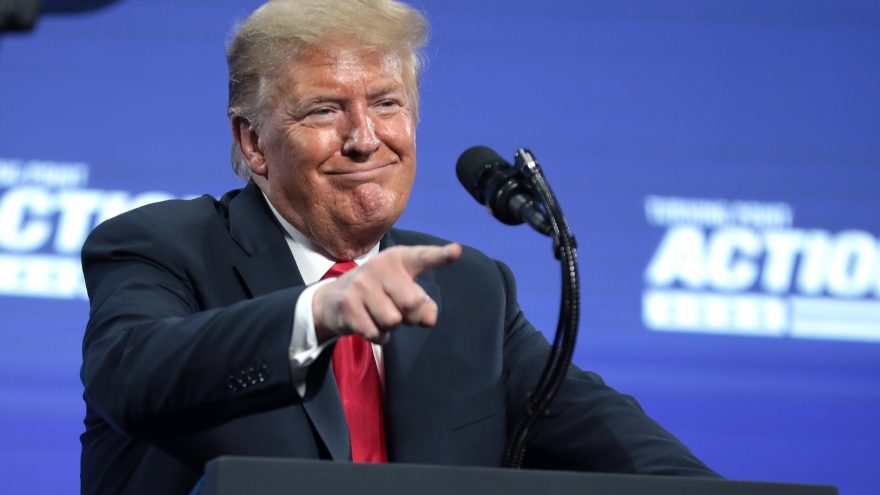 Speaking at a Faith and Freedom event in Tennessee, former President Donald Trump criticized the way January 6th defendants are being treated and pledged to review their cases and issue pardons where he sees fit.
<div class=”more-2″>

While he has not officially announced that he is seeking reelection, he occasionally strongly hints toward the possibility that he will do so.

Trump said those charged as a result of their actions at the Capitol are “having their lives totally destroyed and being treated worse than terrorists and murderers” despite relatively low-level charges for the majority of the arrested, according to <a href=”https://www.newsweek.com/trumps-jan-6-pardon-comments-attempt-witness-tampering-conway-1717144″>Newsweek</a>.

He said of potential pardons, “And if I become president, someday if I decide to do it, I will be looking at them very, very seriously for pardons. Very, very seriously.” He has previously made similar pledges to “treat those people from January 6th fairly”.

Not all Republicans agree with Trump’s intention, even allies like Senator Lindsey Graham (R-SC) who has a somewhat hot-and-cold but amicable relationship with the former president.

Graham has said the idea of offering pardons to defendants was “inappropriate”.

His sentiment is shared by anti-Trump attorney George Conway, who said that Trump’s statements could be considered “an attempt at witness tampering”.

Trump’s ex-attorney, Michael Cohen, said the same in an interview with MSNBC over the weekend. “Because what he’s really saying here is that he doesn’t want these people to cooperate, and if you don’t cooperate, then I’ll pardon you.”

One thought on “Trump Would Look ‘Very, Very, Seriously’ at Jan. 6th Pardons if Reelected”