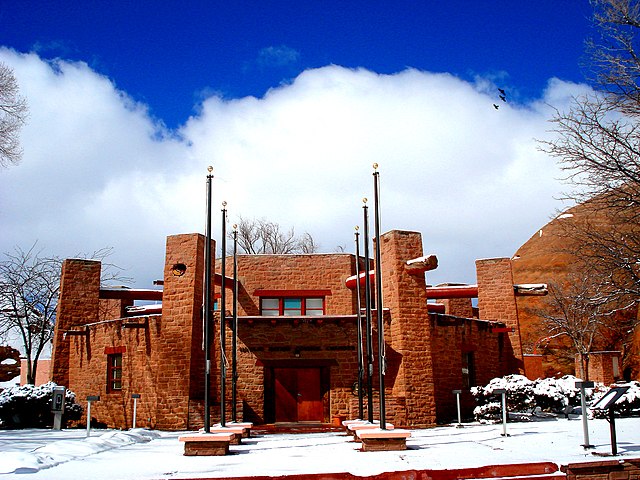 The Biden Administration has been ‘listening more to the environmentalist people’, says Navajo Nation citizen with allotted land. The Navajo citizen believes that the environmentalists that Biden has been listening to weighed in, and this is why he is opposing the Native Americans in collecting royalties on their land by leasing their oil. The Biden Administration is seeking to finalize a rule banning oil leasing near Native American land, which some believe is authoritarian and demands Native Americans to comply to rulings they shouldn’t have to follow.

Democrats often make Native Americans out to be the ultimate environmentalists, but, similar to any culture of humans that survive – they use the natural resources of the land, all while sustaining it. If they have oil under their feet and there’s a profit to be made, they deserve to be allowed to sell the oil, just as countries all around the world are allowed to do. “We’re not destroying anything — we are Native Americans ourselves. Nobody is destroying the park,” Delora Hesuse, a Navajo Nation citizen says, nor do they believe that the oil companies are destroying the parks.

The Navajo Nation Council also condemned the proposal, saying it would instead support a five-mile radius, a compromise backed by industry. Council Delegate Mark Freeland said families from the allotted land areas were “ignored” by the DOI.

“We are very poor. It’s like living in a third world. No help from the government, no help from the tribe,” Jean Armenta, another Navajo citizen with allotted land, told Fox News Digital. “A lot of us don’t have electricity or running water… “I’m for drilling, I’m for drilling,” she added. “People need the money.”

Armenta and Hesuse both criticized Haaland for prioritizing the requests of environmentalists’ over Indigenous people. Navajo leaders have also accused DOI leadership of failing to properly consult with Navajo allottees on the proposal. “Assistant Secretary Newland, BLM Director Stone-Manning and leadership from both of their teams have visited Navajo Nation multiple times to meet with allottees, Navajo leaders and community members,” DOI spokesperson Melissa Schwartz told Fox News Digital. “The public has also had the opportunity to provide comments.”

“We are deeply committed to engaging with the diverse stakeholders on this process as well as the larger Honoring Chaco Initiative, facilitated by the BLM,” she continued. Last week, the DOI issued guidance to bolster the role of tribes in federal land management. Despite this guidance, the administration hasn’t publicly acknowledged the proposed five-mile buffer zone compromise proposed by the Navajo Nation Council.

The Navajo community is extremely impoverished and relies on the ability to sell oil to make ends meet. The Department of Interior (DOI) announced in November 2021 that they’ve decided to implement a 20-year moratorium on federal oil leasing within a 10-mile radius of Chaco Culture National Historical Park, which is located in New Mexico – this would create the withdrawal of 336,000 acres of public lands from mineral leasing, and the reason of the Biden Administration is to protect the environment. Many believe that it isn’t Biden’s job to protect the Native Americans from their own decisions, especially without leaving them other options to create revenue.