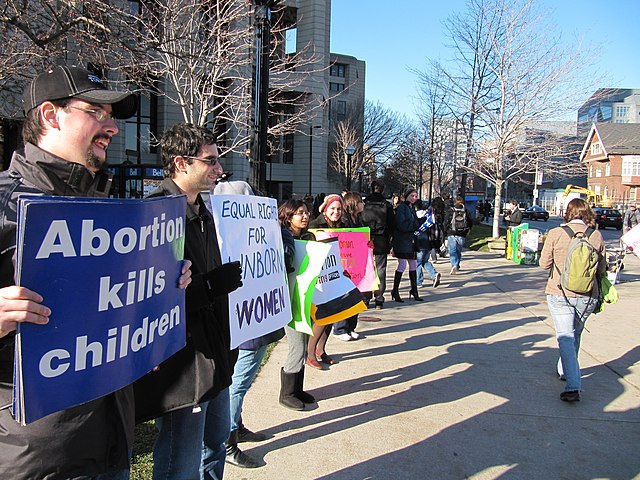 An acclaimed pro-life author, speaker, sidewalk counselor and father of seven was the latest victim of Merrick Garland’s Department of Justice. Mark Houck is the founder and president of “King’s Men” which promotes healing for victims of pornography addiction and Christian values in men throughout the United States and U.K. The Department of Justice sent a SWAT team to Houck’s home, guns drawn, with his wife and seven children in the house. Houck was accused of a supposed “FACE Act” violation which implies that he interfered with entry into an abortion clinic. The facts are that he defended his 12-year-old son after the victim got into the child’s personal space, shouting obscurities and vulgar words.

Mark Houck did as any dad would do, and inserted himself between the child and the victim, in which case the victim fell down. The victim claimed that Houck pushed him down and sued him for assault, which the Pennsylvania court throughout. Yet, Merrick Garland’s Department of Justice had more to say. Thus, they raided Mark Houck’s home, with guns drawn and pointed at his children. All because the Department of Justice doesn’t support those who stand for life and defend their children. The warrant charged Mr. Houck with attack of a patient escort into an abortion clinic.

She described how the SWAT team of 25 to 30 FBI agents swarmed their property with around 15 vehicles at 7:05 a.m. this morning. Having quickly surrounded the house with rifles in firing position, “they started pounding on the door and yelling for us to open it.”

Before opening the door, she explained, her husband tried to calm them, saying, “‘Please, I’m going to open the door, but, please, my children are in the home. I have seven babies in the house.’ But they just kept pounding and screaming,” she said.

When he opened the door, “they had big, huge rifles pointed at Mark and pointed at me and kind of pointed throughout the house,” Ryan-Marie described.

When they came in, they ordered the kids to stay upstairs. “Our staircase is open, so [the kids] were all at the top of the stairs which faces the front door, and I was on the stairs as well, coming down.”

“The kids were all just screaming. It was all just very scary and traumatic,” she explained.

After asking them why they were at the house, the agents said they were there to arrest Mark. When Ryan-Marie asked for their warrant, “they said that they were going to take him whether they had a warrant or not.”