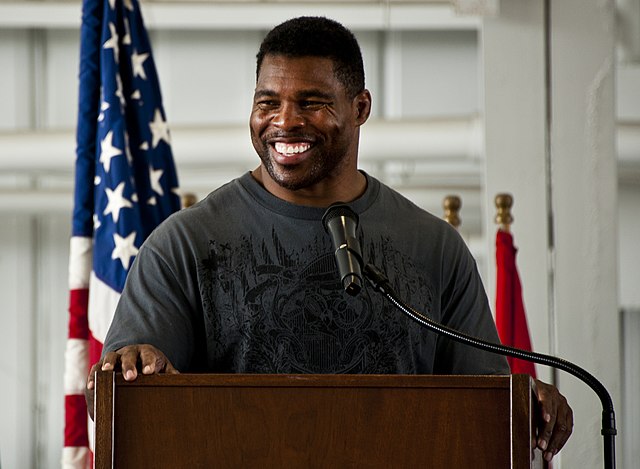 According to Real Clear Politics (RCP), Georgia Senate Candidate (R) Herschel Walker takes a lead of +1.4 points. Throughout the race, (D) Raphael Warnock has maintained a slim advantage over Walker, however, throughout the weekend polls began to show the lead shifting to Walker. 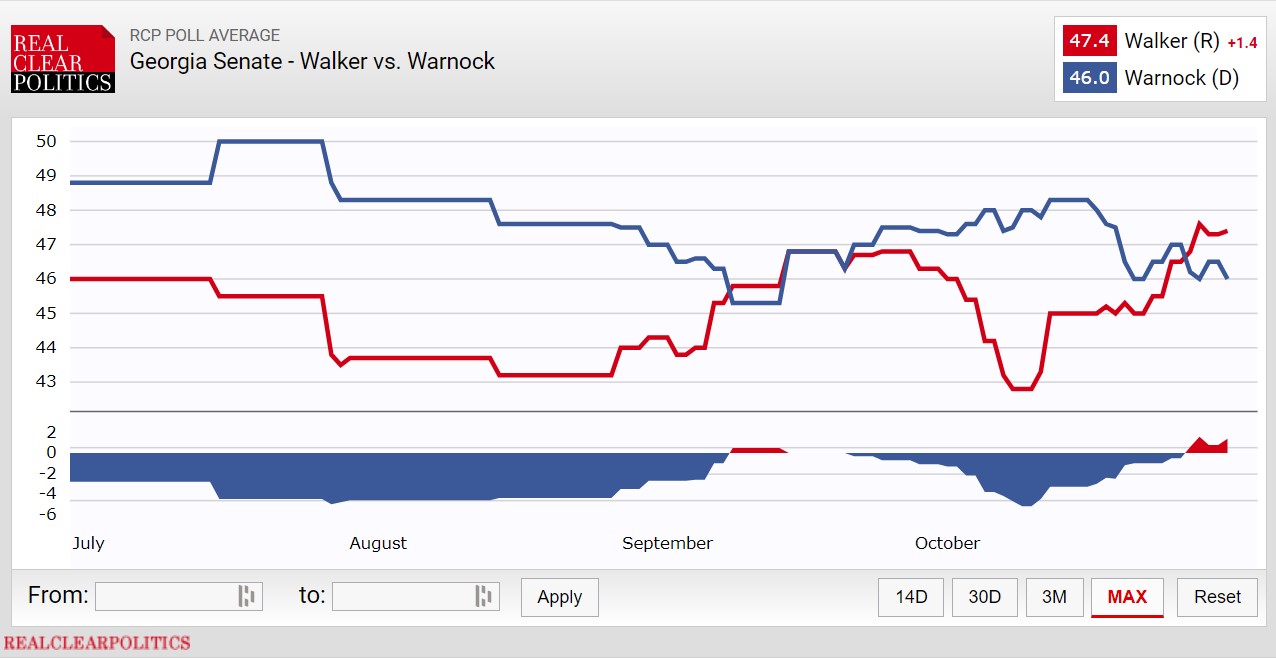 Throughout the race, Warnock has maintained a single-digit lead over Walker. According to RCP, Walker had only led the race one other time; in late September, where Walker maintained a +0.5 point lead for a few days before the lead shifted back to Warnock. In early October, allegations surfaced that alleged Herschel Walker, a pro-life candidate, paid for women’s abortions and fathered multiple children out of wedlock. The polls would reflect the negative news cycle surrounding Herschel Walker, and Raphael Warnock would end up holding onto a +5.2 point lead over Walker.

After the polling leveled out and many stopped believing the allegations surrounding Walker, Walker would go on to be aided by a strong debate performance. This helped many to believe that Herschel Walker could be a legitimate candidate for Senate, and not just a celebrity runningback who wants to be a Senator. The news cycle attempted to cling onto anything they could in order to drag Walker down, however, many of those who watched the debate believe Walker came out on top and agreed ideologically with him.

Since Walker’s strong debate performance the polls have been shifting in his favor. Last week, another allegation came out alleging that Walker paid for yet another woman’s abortion, however, the polls are reflecting that many are taking the side of Herschel Walker, and not believing yet another set of extremely conveniently timed allegations. If anything, the allegations and their obvious timing may be making voters lose trust in Warnock.