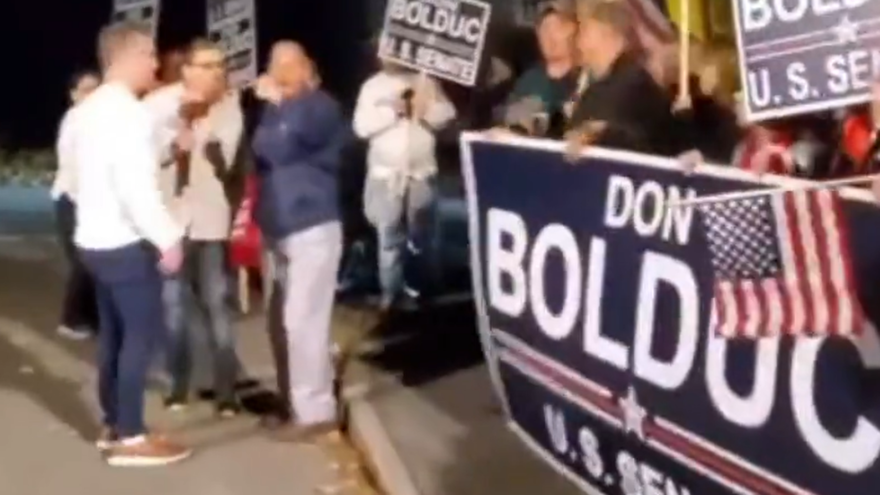 Don Bolduc, Senate candidate in New Hampshire, was attacked and assaulted before last night’s debate against incumbent Sen. Maggie Hassan. According to his campaign, Bolduc was meeting outside with a crowd of supporters before his debate when he was struck by an anti-police activist. Bolduc, a retired Army brigadier general, even brought up the assault during the debate when he said, “It’s a sign of political problems—Republicans and Democrats—that fuel issues with people that get them to the point where they are just so upset at an individual that they strike out at them. Happened to me outside just before I came in.” The aftermath of the attack was caught on video and Bolduc can be heard shouting “he hit me. he hit me” towards the end of the clip:

Here's the video of the anti-police activist attacking Don Bolduc (R) as Bolduc was walking to the #NHSen debate. The activist has a YouTube channel full of videos in which he purposely gets into confrontations with police👇pic.twitter.com/OxduyP0rne

On the very same night, Joe Biden gave a speech to the entire country which berated Republicans for stirring up political violence and in his eyes, causing the attack on Paul Pelosi. Needless to say the president said nothing about the BLM riots in the summer of 2020 and he will surely say nothing about the attack on Bolduc. To liberals, only violence against Democrats matters and all other political violence is not a ‘threat to democracy.”