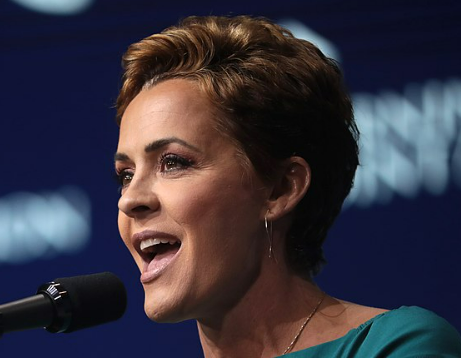 Election officials in one Arizona county are being sued for refusing to certify the election which Katie Hobbs has been declared winner over Kari Lake. In fact, the plaintiff is Katie Hobbs herself, acting as Secretary of State. Hobbs tweeted, “Cochise County had a statutory duty to certify the results of the 2022 General Election by today. My office has filed a lawsuit to ensure all voters have their votes count.” Lake has not conceded to Hobbs yet and her camp was rightly outraged by this blatant abuse of power.

The Lake campaign tweeted, “This is an egregious abuse of power but when has that ever stopped you before?” Lake has filed her own lawsuit in Maricopa County looking to release records of how the election was conducted.

Plaintiff desires that every lawful vote be properly counted and every voter who was eligible to vote be allowed to vote. Unfortunately, due to Defendants’ failures, many eligible voters may not have been able to vote. Because Defendants were unable or unwilling to conduct a reconciliation of voter check ins against ballots cast of each polling center on election night in accordance with Arizona law and have now unlawfully refused to produce public records in response to two public records requests regarding how they administered the election, Plaintiff cannot determine that every lawful vote will be properly counted. The records Plaintiff requested in response to the numerous issues with Defendants’administration of the election are consistent with a parallel demand by the Arizona Attorney General for answers to questions about the Defendants’ actions.

10 thoughts on “Arizona County Sued After Refusing to Certify Election”