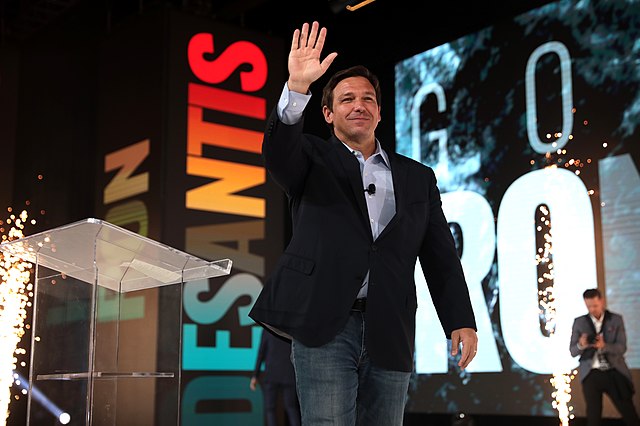 Florida Gov. Ron DeSantis has announced he will be <a href=”https://conservativebrief.com/desantis-releasing-68720/”>releasing</a> an autobiography that will come out early next year, and the timing is turning heads in the political world. The book will chronicle his rise to become one of the most influential figures in politics and will release in February. The timing will allow DeSantis to start making major gains in fundraising for a potential 2024 presidential campaign.

The Daily Wire <a href=”https://www.dailywire.com/news/desantis-pens-autobiography-likely-fueling-more-2024-speculation”>reports</a>:
<blockquote>“The Courage to Be Free: Florida’s Blueprint for America’s Revival,” is expected to detail the 44-year-old leader’s journey from Sunshine State baseball diamonds to Yale, Harvard Law, service in the U.S. Navy, three terms in the U.S. House of Representatives, and his current role. While DeSantis has not announced plans to challenge former President Trump for the Republican presidential nomination, books such as this often precede White House bids.

So far, only Trump has announced a 2024 bid. But a new poll from Iowa, where the presidential primary season gets underway every four years with the Iowa caucuses, showed Hawkeye State Republicans narrowly favor DeSantis over Trump, given the choice for 2024. Other polls have also showed that Republicans favor DeSantis over Trump and DeSantis faring better in a 2024 matchup against President Joe Biden. But some polls also show Trump more likely to emerge from a crowded primary field, should one materialize.</blockquote>
The publisher, a subsidiary of Fox News owner Rupert Murdoch’s HarperCollins Publishing, says the book would be released on Feb. 28 according to <a href=”https://conservativebrief.com/desantis-releasing-68720/”>Conservative Brief</a>.

One thought on “DeSantis Releasing Autobiography, Just In Time for Presidential Run”