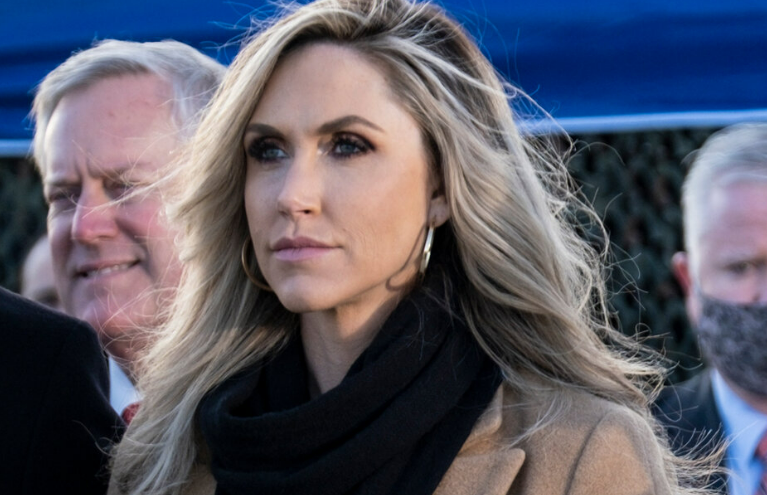 Eric Trump’s wife, Lara Trump, has been forced to leave Fox News due to her father-in-law’s announcement that he is running for president in 2024. Fox News has a long standing policy that it will not have paid contributors who work for political campaigns. “We appreciate Lara’s valuable contributions across Fox News Media programming,” a spokesperson for Fox News said on Saturday.

“I sort of feel like I’ve been an unofficial member of the team for so long. You guys know, it was kind of a joke over the past five years, I would come there so often that the security guards were like maybe we should just give you a key. So to be part of the team I am so, so excited,” said Lara Trump when she joined the network last year.

Following Donald Trump’s announcement speech earlier this month Lara was asked by Fox’s Stuart Varney, ” to those of us on the outside looking at it, it didn’t seem as though he’s got the old magic, you know what I mean?”

She responded, ‘Oh, well, I highly disagree with that,’