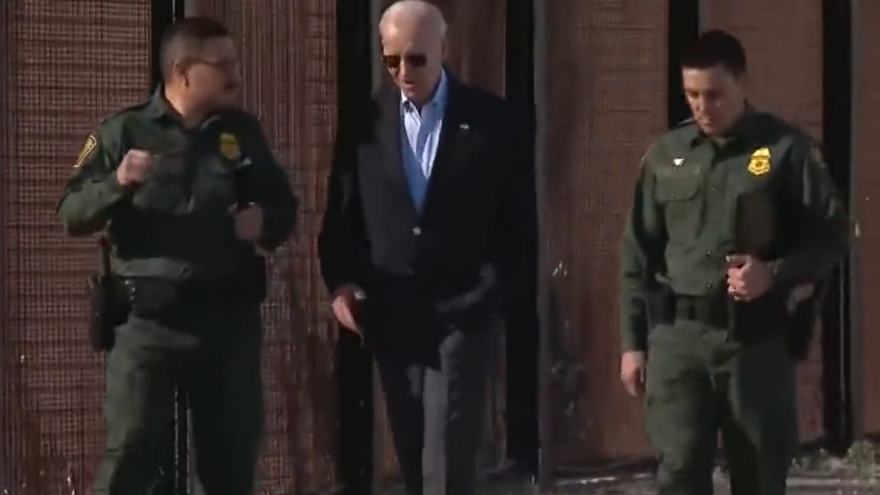 President Biden departed El Paso on Sunday after taking a mere hours long visit to the border, which was the first of his entire political career. He perused along a short stretch of the border wall in order to capture the wanted photos but the president failed to see truly impacted areas. The border crisis is a crisis because of illegal immigration and Biden’s visit refused to take in the worst hit locations. Brandon Judd, president for the National Border Patrol Council, stated that, “You can look across the ports of entry on the entire southwest border, and that’s not where we’re seeing the illegal immigration. We’re seeing the illegal immigration between the ports of entry,” he said. “That’s the Border Patrol. That’s the component of CBP that handles all of this. He did not have any scheduled visits with them.”

White House officials on the other hand, said Biden “visited the busiest port of entry in El Paso to get a firsthand look at enforcement operations. He also visited a federally-funded migrant services center to meet with local officials working together with federal officials to support and shelter migrants.”

Biden himself recently said he had “more important things” to do than visit the border despite the historic security crisis. It is clear that the only reason Biden went to the border is to quiet political noise over his neglect of the crisis and to hinder Republicans in the House as they look to investigate the border crisis.
Biden will now go from El Paso to Mexico City for where he and the leaders of Mexico and Canada will gather for a North American leaders summit. Immigration will be one of the main issues of discussion.
When you sign up to comment you'll also receive our regular newsletter. You can find more about how we use your information here.