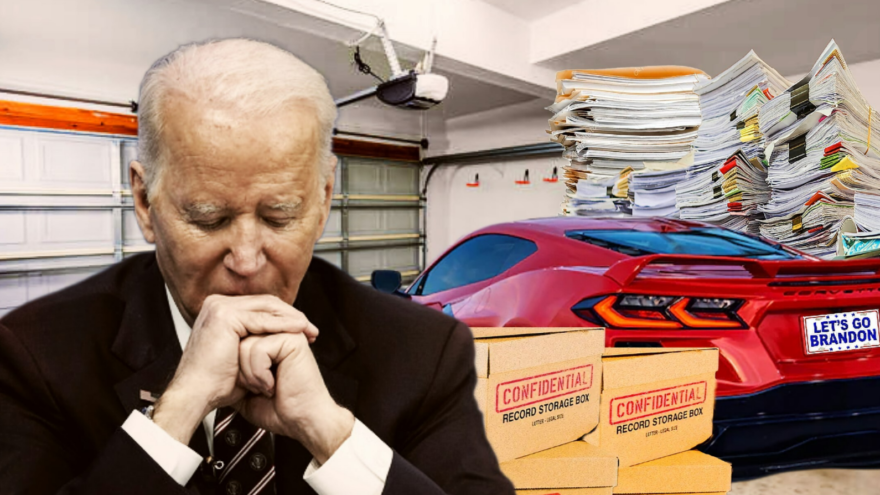 Biden was confronted about the documents by Fox’s Peter Doocy, who asked, “Classified materials next to your Corvette? What were you thinking?!” “My Corvette’s in a locked garage so it’s not like it’s sitting on the street” the president responded. Watch the clip below:

“Lawyers discovered among personal and political papers a small number of additional Obama-Biden administration records with classified markings. All but one of these documents were found in storage space in the President’s Wilmington residence garage,” White House lawyers wrote in a Thursday statement. “One document consisting of one page was discovered among stored materials in an adjacent room.”

The discovery of classified documents in Biden’s possession, for many, echoes last year’s raid on Donald Trump’s Mar-a-Lago estate. But the reaction in the press does seem to equate as many have called for people to be patient with Biden because he has never done anything to warrant Americans not to trust him. Republicans will surely use the Biden held documents as a counter punch to any investigation of allegations that come Trump’s way in regards to the raid on Mar-a-Lago.