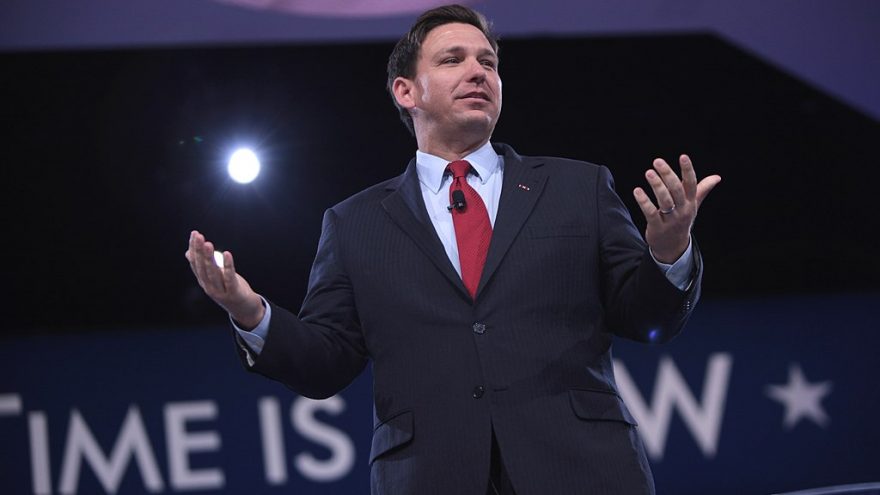 Polls have shown that Florida Gov. Ron DeSantis is the early front runner to be the Republican presidential nominee in 2024. But historically that is not a good place to be, as past Republican presidential front-runners have flamed out. Strategists warn that DeSantis’ early lead could be a “death knell” for the governor and point to Florida Gov. Jeb Bush in 2016 who eventually was perceived as too low energy. Wisconsin Gov. Scott Walker also held the lead in the 2016 primary but ended up peaking too soon, which some predict could happen to DeSantis.

“People flame out. It’s too early to know who’s actually going to be in contention, but he’s certainly had a successful election and he’s a strong candidate from a big, important state, so you can’t discount him,” Sen. John Cornyn (R-Texas) said of DeSantis, who won reelection in November with 59 percent of the vote.  Cornyn also pointed out that being the front-runner means “you’re the main spear-catcher” as rivals will be aiming their fire at DeSantis.

Will Ron DeSantis be able to take the heat as the Republican front-runner? Ford O’Connell, a Republican strategist, thinks political circumstances surrounding DeSantis are different compared to Bush in 2016. “Right now in this political environment, nothing would surprise me,” he conceded.

A poll from Suffolk University, who conducted a poll last month, showed that 61 percent of GOP and GOP-leaning voters prefer DeSantis over former President Trump. But strategists are urging DeSantis to be aggressive and not sit on his lead like other failed candidates have done in the past. Many frontrunners decide to take a backseat so that they don’t say or do anything that may breath life into other candidates but experts warn that over time that strategy can let an opponent build up too much momentum.