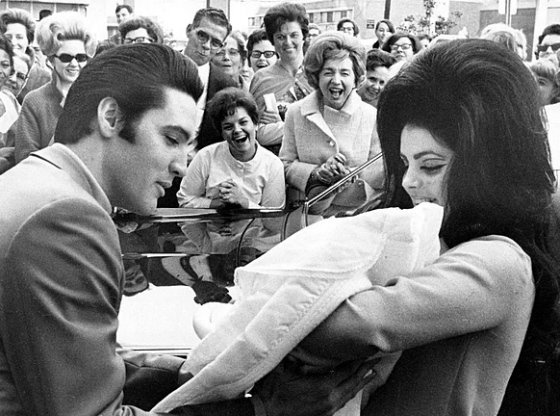 Lisa Marie Presley, the only child of the late Elvis Presley, died Thursday. According to her mother, Priscilla Presley, hours after the singer was hospitalized following what seems to be cardiac arrest she passed. She was 54 at the time. Priscilla took to Instagram, sharing the news of her daughter being hospitalized.

Lisa Marie Presley was most recently seen Tuesday at the Golden Globe Awards, which she and her mother attended to support Baz Luhrmann’s film “Elvis,” about her father. TMZ first reported that Presley was hospitalized Thursday, mentioning that she was in the Intensive Care Unit in a coma. CNN had said they confirmed with LA County Fire Department that first responders had went to a call at the singers address, though they could not get confirm a patient’s name. It wasn’t until Presley’s mother confirmed that he daughter was taken to a hospital was the news confirmed – though this was earlier in the day Thursday, any hours before Presley passed Thursday night from assumably the same issues that took her to the hospital.

She is survived by her mother, Priscilla Presley, and her three daughters – Riley Keough, Finley Aaron Love Lockwood, and Harper Vivienne Ann Lockwood. Presley also had a son, Benjamin Keough, who passed away in 2020 from suicide at 27. Since her son’s passing she has remained vocal on the issue. Including a memorial post to Instagram last July showing their matching foot tattoos and a recent article, last September, that she wrote for National Grief Awareness Day.

One thought on “Elvis’s Only Child, Lisa Marie Presley, Dead At 54”